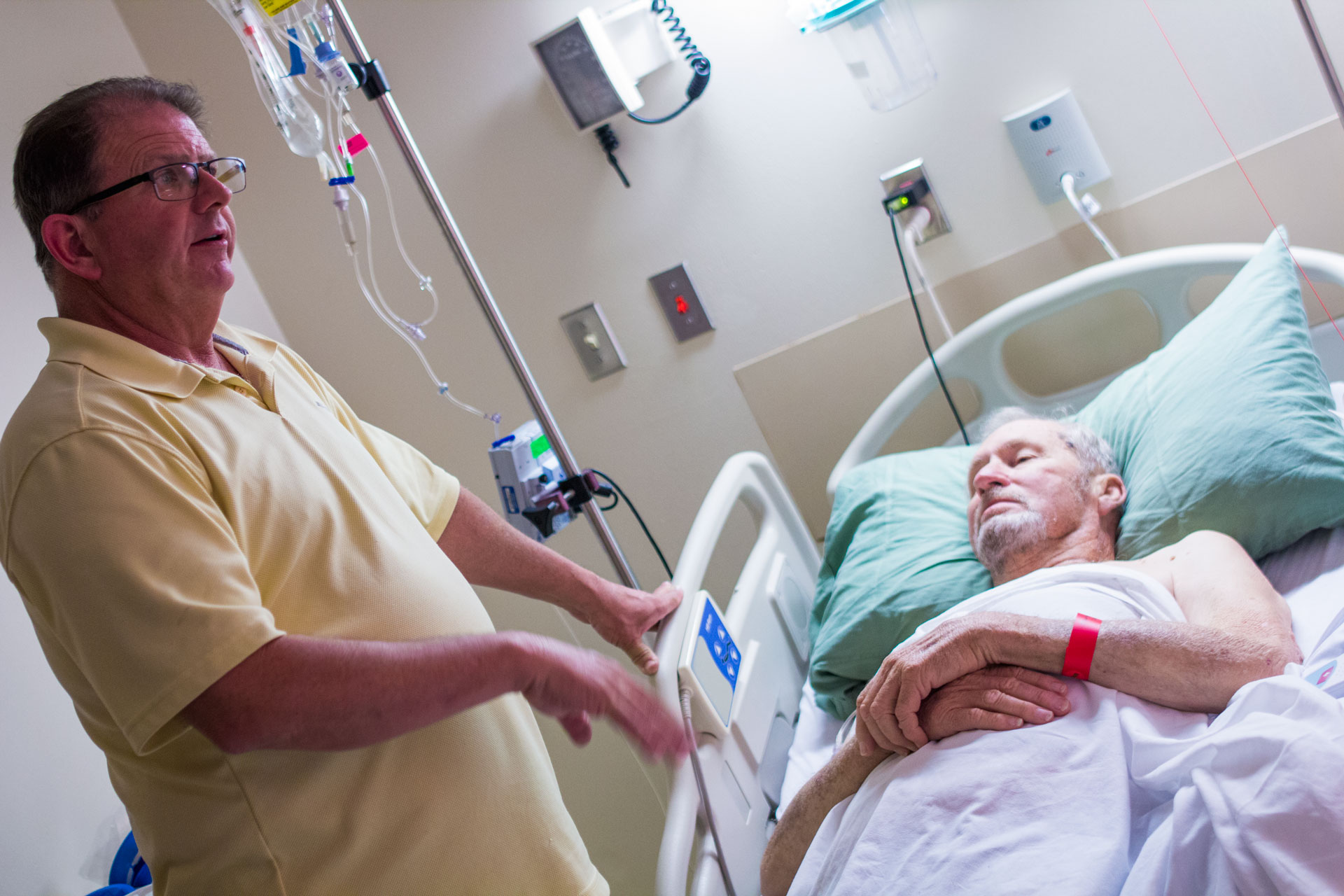 From Greg, Lee Roy’s son: “Ok here it goes. In Houston at MD Anderson with dad. He came in with 70/40 blood pressure the other day. Throwing up and diarrhea for quite awhile. They have his blood pressure back up. They installed another pelvic drain to rid him of an abscess and infection the other day. Today they went in to install a drain tube straight into his right kidney. They shot dye through it so that they could see what was happening. They found that there is a blockage from the tube coming from kidney to the conduit (which is what is made from intestine material to take the place of bladder). They have now decided that he needs another drain in the other kidney also. The conduit is wasted and also his body has made a bypass and urine is getting into his intestines. After recuperating and gaining strength he will have another major surgery to rebuild the conduit.”

Then this post later: “Now they are saying nothing to eat or drink for 7-8 weeks. They will feed him intravenously during that time. Having the tubes in his kidneys will keep “everything dry and not used” to give a chance for inflammation to go down and possibly heal itself. During the meantime his body will be strengthening and ready for surgery.”

This has been a long drawn out ordeal for the Niemanns! Please keep lifting them up in prayer!