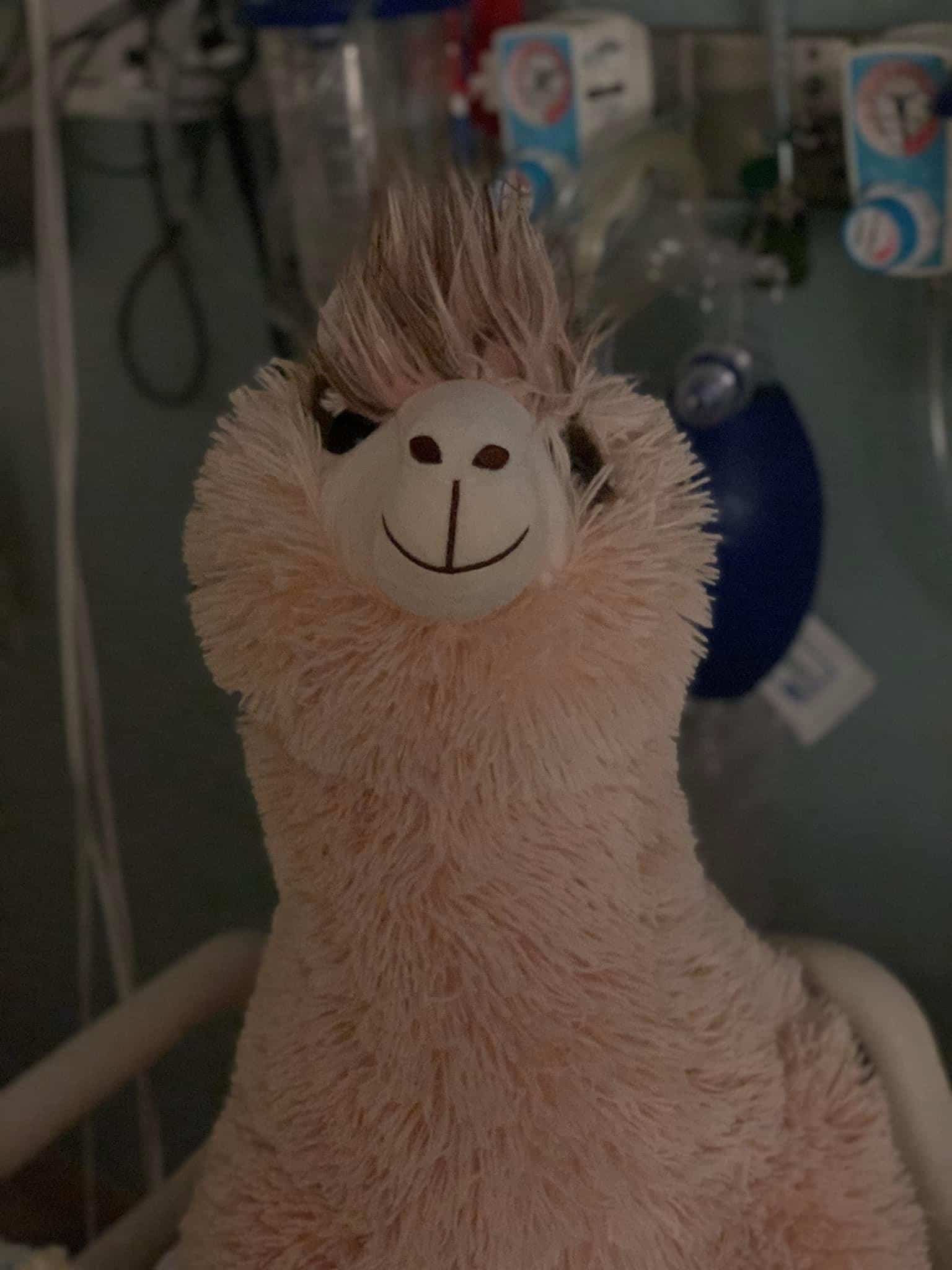 “I don’t even know what the last update we gave said but a lot has happened so I’ll just start with where we are now.
On Saturday Jasper was still feeling very nauseous and the doctors were still trying to figure out why. It could not be chemo nausea because he was too far out from that. They did a CT Scan that showed his colon is inflamed and he has neutrapenic enterocolitis. It happens when ANC & other counts are very low or neutrapenic. His ANC has been at 0 for several days. He had a blood transfusion, they moved him to ICU, he is on 4 very strong antibiotics, & they are giving him nutrition through his port. He is strictly “nothing by mouth, nothing in his tummy”. It is very important to give his stomach & his bowels time to rest and heal. He has CDiff from being on so many very strong antibiotics & is still fighting the respiratory Human MetaPneumo Virus (which is going around everywhere right now). – We have also not been feeling well; we assume we have the same virus and are treating it as such. Gabriel is at home with a confirmed case of Human MetaPneumo. It’s not near as serious in people with a healthy immune system.
The doctor was in this morning and said Jasper is very sick BUT his ANC is up to 160 & his electrolytes should begin to come up with the nutrition that he is now getting so we are going in the right direction.
He is mostly sleeping but he was awake a little this morning and was able to watch tv for a bit. When he is awake, he is finally starting to get hungry and thirsty & it is very frustrating to not be able to have anything. He is in some pain & still fighting some nausea.
Please continue to pray for our sweet boy; this is hard.
BUT Jesus is King.”