I have to tell you; as the ministry grows it becomes increasingly difficult to slow down and take the time to write reports. I love working with people and sitting down to the computer, to write, takes more time than I like. Don’t get me wrong – I don’t mind letting you know what is happening – It’s just slowing down to do it.

Since our last report many things have happened.

Debbie Clay invited me to give the invocation at the Heritage of Odessa awards banquet. It was exciting to be with people who love our area and give of their time and money to make it better. Thanks, Debbie! I also had the opportunity to preach at West University Church of Christ.  I love to preach, but if you have heard me, you know that my talents lie in other places. 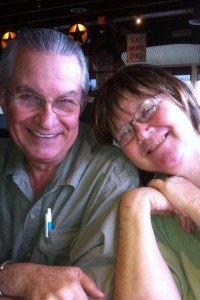 In our last report Donna mentioned the passing of my secretary and bookkeeper at United Bearing. I was blessed to get to make a trip to Dallas to see Jodi just a week before her death. We had a wonderful visit and were able to remember the good times in years gone by.  Jodi Conn always had a good attitude towards life! She looked for the good in every situation. She wanted to get well so she could help others who were in similar situations, but God had other plans. It was an honored and blessing to do her funeral service. Jodi was a sweet loving person and will be missed by many. She was my friend! 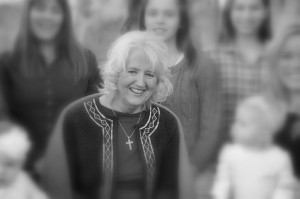 On March 23 I lost a dear friend that I met in Mertzon, TX. One day, several years ago, David Watkins and I were given Linda Pierce’s name as a person who might give us fishing access to Spring Creek. When we knocked on her door she answered and invited us in. Little did I know that sitting at that kitchen table, a friendship would be born. Linda graciously allowed us river access and I tried to visit with her when I could catch her home.   After finding out that Linda had breast cancer and also suffered from Parkinson’s I offered to have the Sherwood youth boys do a service project at her home. She had several huge pecan trees and lots of dead limbs strewn around. She also had dead trees and a large woodpile that needed cleared away. Five or six boys volunteered to help and one Sherwood member donated the use of a “Bobcat” and another loaned us a huge trailer. We worked very hard for 2 or 3 days and cleaned up her property. Never have I seen anyone more grateful! It was by the grace of God and a chance meeting at the convenience store in Mertzon that I found out that Linda was in Hospice care in San Angelo. That was only one day before she died. I didn’t make it to see her that night, but was able to assist the family with some food and supplies. Her funeral was the following Tuesday and it was a beautiful service! One of her sons spoke and did a wonderful job! It was an honor to call Linda my friend!

As I write this report I am grieving the unexpected loss of another friend, just yesterday. Danny Willey caught an infection that, somehow, made it to an artificial heart valve he had received several years before. After many days in Medical Center Hospital, Odessa, he was flown to Methodist Hospital in Houston. After a lengthy, stressful stay there – 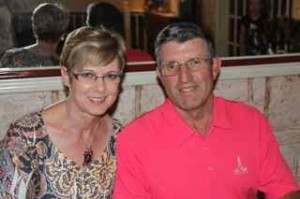 Last Monday they tried to do the needed surgery to replace the infected valve.  There was too much damage to Danny’s heart and it failed. Danny was a deacon at Sherwood Church of Christ for many years. He had recently been asked to serve as an elder. But what I remember most about Danny Willey is he was a worker. He got things done and he didn’t waste time doing it. He will be greatly missed.

Carolyn Stockton’s Alzheimer’s has progressed to the point that Jack had to put her in Hospice care at the Crane nursing home, Alzheimer’s unit. Jack has cared for her selflessly for several years and now makes daily trips to Crane to be with her. Please pray for his strength and health.

Since our last report, Martha Farris had surgery on her hip to relieve chronic pain issues. The last time Donna visited her she seemed in much better spirits and since then has gone home to continue therapy.

Correction: We reported that Neal Marshall was undergoing treatment for Leukemia – but he actually has Lymphoma. After a bout with pneumonia, and a few days in the hospital Neal has been released to go home. He continues chemo therapy at this time. Neal had lung cancer several years ago and was able to beat it. Please pray that God will bless him with healing again.

Brittney Munoz has finished radiation treatment for cancer in her back/shoulder. It will take time to see if the tumor continues to shrink as planned.

Last, but not least is baby, Caleb Burton. Caleb came into this world with a narrowing in one of his heart arteries. 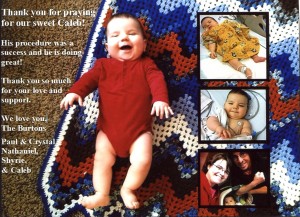 The surgery soon after birth had to be re-done again recently. The surgery was a success and he is progressing nicely.  Thanks to his parents, Paul and Crystal Burton, for these photos.

Closer to home: Our youngest son, Jacob, recently went on a spring break mission trip to the Ukraine. He went with the Lubbock Christian University Chorus. They sang many concerts and handed out Bibles whenever the opportunity arose. This was a life changing experience for Jacob. Thanks to everyone who contributed to his trip and also for all the prayers that went up while he was traveling.

On March 25th I traveled back to Austin for my second set of Prolotherapy injections. It appears that the discs in my lower back are responding well to treatment. The sciatic nerve in my left leg has settled down greatly and pain is almost non-existent today. 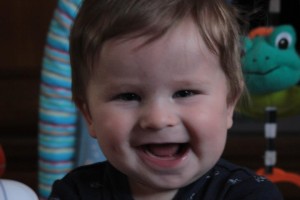 Our precious grandson, Jon, continues to grow like a weed and is one of the happiest babies I have ever seen. As most of you know – the joys of being a grandparent is a great blessing from God. Oh yes, Ross, Jon’s dad, is slowly making headway with his film production company. He has made several commercials and a couple of short films as well as weddings and other events.  He has discovered it’s not what you know it’s who you know.

Our middle son, Reed, graduates May 3rd with his Master’s Degree in Biblical Interpretation. He plans to begin a Master of Divinity at ACU, soon afterward.

I am still in awe of our mighty God! He has allowed us to minister in a very unique way.  And because of your generosity we are able to reach out to more people every day. Donna & I do not take lightly the responsibility that has been given us. Please continue to pray for our strength and good health as we reach out to the hurting. I am also amazed that we are given the opportunity to share the Gospel at a time when folks are nearing the end of their lives. Because of God’s grace salvation is possible as long as there is breath in the body.

Until next time – prayers of peace, unity and blessings to each of you!