August 13 Ministry Report
August 13, 2014
As I sit here in the surgery waiting room of Cooks Children’s Hospital, in Ft. Worth, I wonder how anyone can make it through life without a church family. 5 year old, Kaitlyn Lee is at the beginning of her second brain surgery in the last week. I found out about her condition last Sunday morning between class and worship. That’s when I decided to go home, pack and head to Ft. Worth. She was out of emergency surgery by the time I arrived and was stable.

Well, I am finally getting the chance to finish my report! 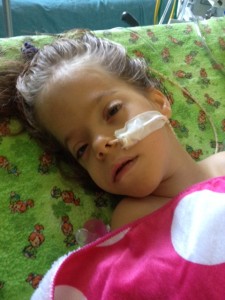 Kaitlyn Lee’s surgery went well. She is now back in Odessa and recovering. God showed His awesome love and greatness by giving us more time with this sweet little angel. While I was in Ft. Worth I was blessed to have a place to stay. Just 25 minutes away, Mark and Patti Mussleman provided bed and breakfast for me while I was working with the Lee family.
Speaking of the Musslemans, Mark has suffered with severe headaches for several years now. He has run the gambit of tests, doctors and medicines. He is not overly public about his condition (Hope you don’t mind, Mark) but I would like to ask all of you to be praying for Mark and for healing. He and Patti are faithful servants for the Lord’s Kingdom and it would be great to see him free of the challenges the headaches bring. 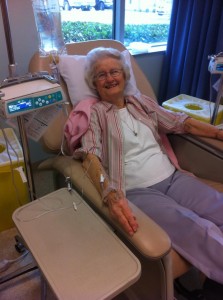 Some of you may remember me mentioning Mama Dot.

She is Patti Mussleman’s mother and lives with them. Mama Dot has battled cancer for some time now, and I have to say, she has done it with grace and style! She had a test while I was there and the results were great. Praise God! I wish all of you could meet her – She is one of the sweetest ladies I know! 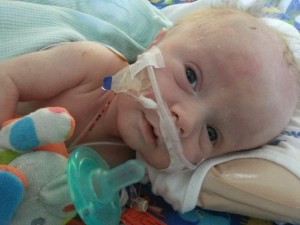 Matt Lee, Kaitlyn’s dad, introduced me to an employee of his that also had a child at Cook’s Medical. Ty Whittington is a newborn that has hydrocephalus. His parents are Blaine & Emma. This family will need lots of prayers as they deal with this new challenge in their lives. (note: Please also pray for Donna and I as we work with the children that God puts in our paths.) 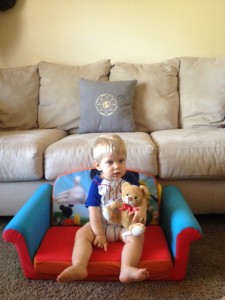 On Wednesday, August 13, I took a couple of hours and drove out to Eastland, TX. I got to meet another young fellow that we will be working with. He is the one year old of Matt and Alyssa Erwin. Please meet Cooper Erwin! Cooper has a very rare form of Spina Bifida. Unlike most, Cooper can walk and should be able to lead a fairly normal life. Typically hydrocephalus follows Spina Bifida so we need to bathe Cooper and his family in prayers also. 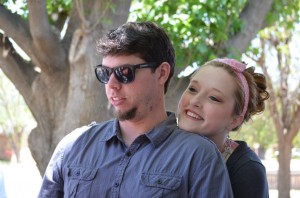 I introduced you to Lauren Martin in the last report. Lauren had her surgery at the Mayo Clinic in Rochester, Mn. She had the surgery on July 18 and it was a partial success. They were able to make some clearance around the stint to relieve her pain but were not able to completely remove it. She is back home now, in Lubbock, but is still experiencing some challenges. She and her husband, Joel have had a really rough time for the last three years because of her illness. But both of them still praise God for the blessings and try to keep a positive attitude. She has a degree in education and is anxious to get in the schoolroom with children as soon as possible. Let’s be praying that her health will permit her dreams to come to fruition.

Anita Elms has been suffering with back and sciatic nerve problems for quite some time. Just last week she received a report from one doctor that was the complete opposite of another doctor. Please pray for her as she deals with the pain and also trying to make decisions on what action to take.

Tom Reed has been put in hospice care and is really having challenges with his bi-polar condition also. Ruby is worn out from being the main caregiver. The stress during these times can be overwhelming so please remember the Reed family.

Donna and I had the pleasure of sitting down with Merita Hart yesterday. As many of you know, her husband, Roy suffers from Alzheimer’s. Merita spends much of her time at Roy’s side in the care facility. Her children live out of town but she does have family local. One of her sisters is dealing with the effects of cancer and she recently lost another sister. If you have known someone with Alzheimer’s you understand that each day can bring new challenges so let’s lift her up in prayer along with the others.
On the home front:
Our oldest and youngest sons, Ross and Jacob are going great guns in their video production business. Most of their business has been here in Odessa but calls are starting to come from all over. They finished production on their first Sewell Ford commercial and it will air during football pre-season. Reed has started his next semester at ACU toward his second master’s degree. He also substitute teaches in San Angelo. The grandkids continue to grow and keep Donna very busy when they visit.

Once again, we thank you for continued support of this ministry! Without your support we would not be able to reach those in need.