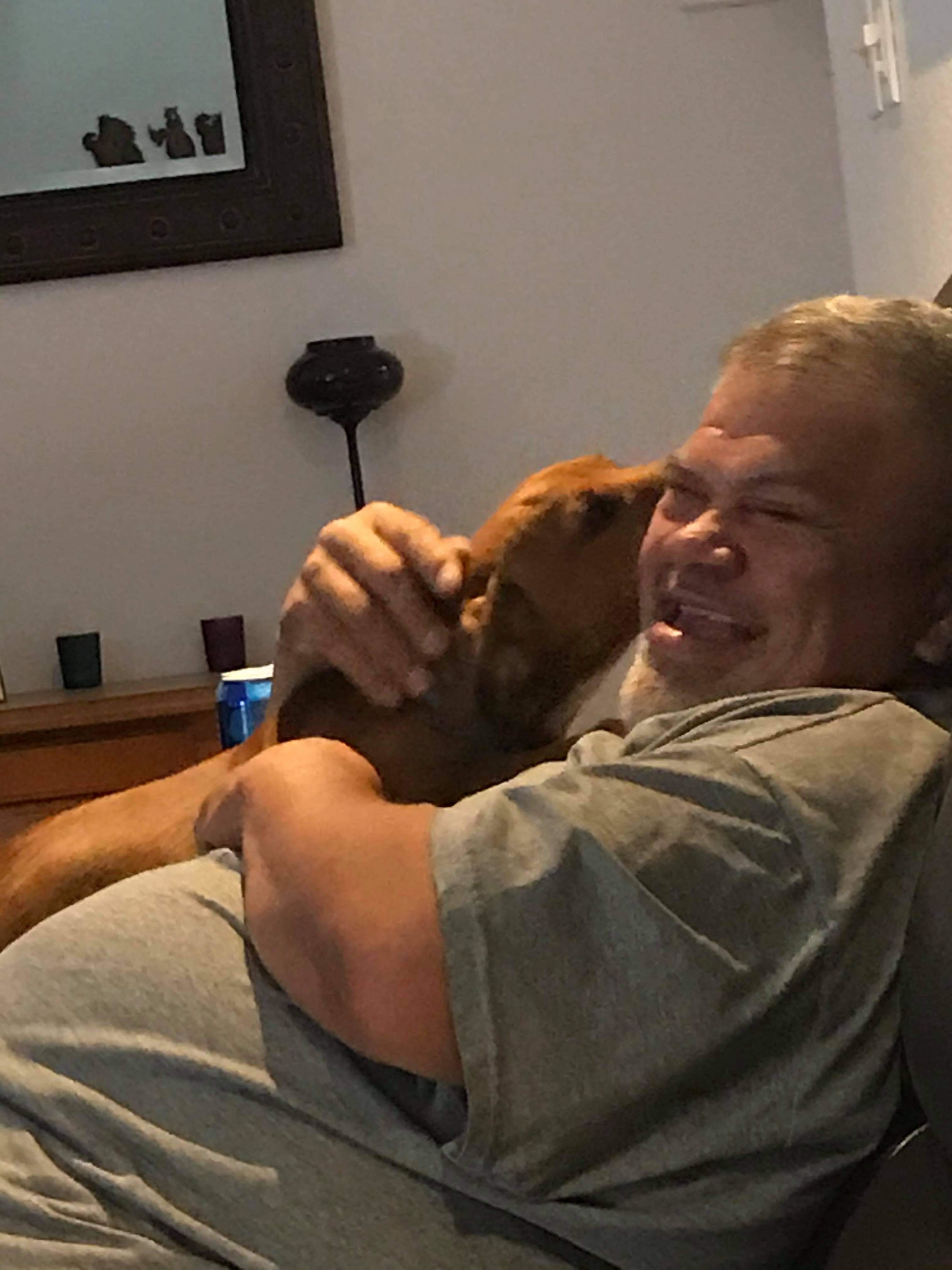 “The hospital made an exception last night & allowed all the kids to visit at the same time. Corey was responsive. He made facial expressions, squeezed hands.  The occupational therapist got him to hold up his left arm & put it behind his head. He lifted his left leg & held it up. So I don’t remember what his name was or how to spell it but he said since he’s on the second day and the swelling isn’t pushing or anything and being younger than 55 that he has a good chance of weathering this out without needing surgery!”