Finally, the cooler weather is visiting west Texas! The heat kept many of us indoors as much as possible. We hope you enjoyed your summer and are having a great school year!

Latrice Levens was diagnosed with two brain tumors. One, located in the front and one in the back. In August, the doctors removed the front tumor during a 5 hour surgery. Latrice was awake and talking and waving when Donna visited that afternoon. She continues to improve, but the other tumor is requiring radiation treatments.

Zadee Lopez is doing well and began pre-school a few weeks ago. To look at her sweet face you would never dream she has been so very ill. Her father posted a “First Day of School” photo on Facebook.

xth grade girls were in a 4-wheeler accident last Sunday. Sidney Dickerson was killed and her friend, Madison Smith suffered a laceration on her leg. Please keep these girls, their families, friends, and teachers at Midland Christian School in your prayers. 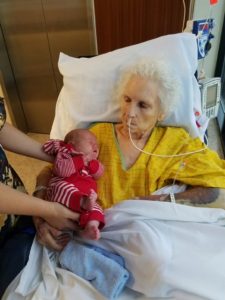 Leta Faye Brewer suffered a serious stroke, but is now recovering in a rehab facility here in Lubbock. This picture is of her the first time she saw her new great grandchild! 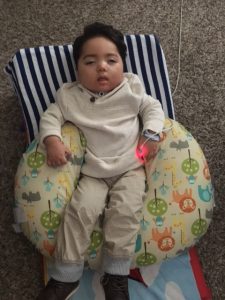 Easton Lopez – was taken to the cardiologist and his heart is very strong, although he still has no brain activity. His family is still providing around the clock care for him. It has been one year since his tragic injury. He is almost 22 months old.

For those who are not on Facebook, two year old, Ena Rutherford was bitten by multiple poisonous snakes at a Wild Flower Park in the Austin area. Her left leg had several bites and there were different size bite marks. The snakes were not found, but the instantaneous reaction let the EMT’s know it was very serious. She was given 44 vials of anti-venom! The family allowed us to put information on Facebook and ask for prayers. The response was truly amazing! There are so many prayer warriors out there ready to respond to the call. There were 12,168 people reached. What a wonderful response! Ena is recovering well after surgeries to relieve pressure and then close up those places. A full recovery is expected. Thank you! Thank 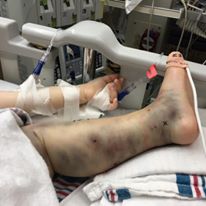 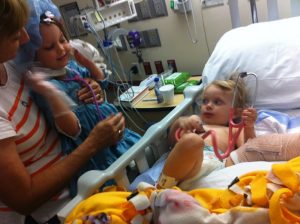 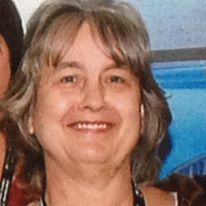 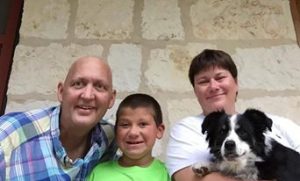 Kevin Ludlum is a 47 year old who is battling a germ cell tumor that has engulfed his body from his neck to the base of his abdomen. He has been in Houston for treatment. This is the latest update from his wife, Connie:

“Day 18 update. Kevin got 2 units of blood last night and 6 units of platelets. He has also been getting a shot once a day in his belly called nuepagen that will help stimulate white cells. So, with all that assistance in mind, the white count is 0.3 up from 0.2 the hemoglobin is at 9.6 which is up from 8.5 and platelets are at 28 which is up from 14. Tomorrow will be a more true representation of numbers since he won’t be getting assistance from blood transfusion and platelet replacement. He will get the last shot Monday morning that will help white count increase. Pain is under control, which is always great. Due to all the blood and platelets Kevin has been getting the PICC lines are clogged so they have put de-clogging meds in both lines for the second time today and will come back to check them at 3 pm so if Kevin needs any fluids they will put an IV into his skin since the PICC isn’t working. Enjoy your Sunday! One day closer to the end. Fighting the Fight!”

Thank you for continued prayers!” 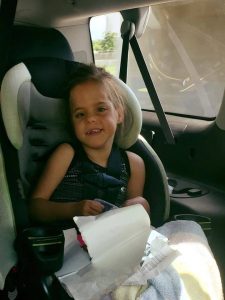 Kaitlyn Lee was able to go home from Cooks Children’s Hospital after having a brain bleed that could have been caused by a stroke, blood clot or aneurism, but thankfully the MRI revealed it did not cause further damage. Praise God for answered prayers! We tend to post about Kaitlyn and Kynadi only when they are having serious problems but I implore you to keep them in your prayers constantly. This sweet family deals with ongoing challenges every day. Their parents have to be on constant vigil because things can change in a moment. Their mother, Courtney Lee, is one of our HEROES because she loves deeply and takes care of all three of their children day in and day out! I have never heard her complain about the difficulty of their situation. She keeps a smile on her face as she works endlessly, in the background, doing things most of us never see. When things are calm they tend to be “out of sight – out of mind” to most of us. But, Courtney stands strong and considers her job as “mommy” to be an honor!

Donna and I had the opportunity to meet Martha Whitman and her daughter, Cassie Cates at Covenant Hospital last Thursday. Martha had recently had surgery and during that surgery, cancer was found. When we got there the room was full of family. What sweet people! Martha is hoping to be released today to return home to Hobbs, NM. Please add Martha and her family to your prayers. Cassie posted this to Facebook the same day: 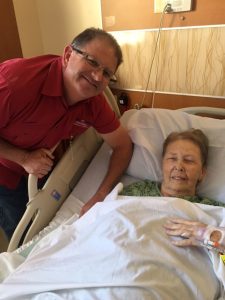 “I just want to say thank you to Lonnie Hamil and his wife Donna for coming to see my mom in the hospital today. Complete strangers! They came in and visited, sang with us, and said a prayer for my mom. We are so thankful for your kindness! Come back and sing with us so we can record it! It was so moving…words cannot express.”

There is a nationwide fundraising day coming up called “Giving Tuesday”. It is the Tuesday after Thanksgiving, Black Friday, and Cyber Monday. It is an opportunity for anyone to donate to charities of their choice. We are enrolled as a charity in Lubbock. The Community Foundation of Lubbock has again offered to match a percentage of money donated. This is the second year they are dividing $10,000 among the charities, according to how much the charity raises through the “GIVING TUESDAY OF LUBBOCK” website. For Spring Creek Ministries, that means donations made to us will qualify for an extra amount from the Community Foundation of Lubbock.

If you go to the Giving Tuesday Lubbock website, you will see that our goal for this year is $10,000. That is ambitious, yet we are stepping out on faith. Going past our own abilities to raise money, we ask that you or others you may know who wish to make a charitable contribution use the chance to help this ministry.