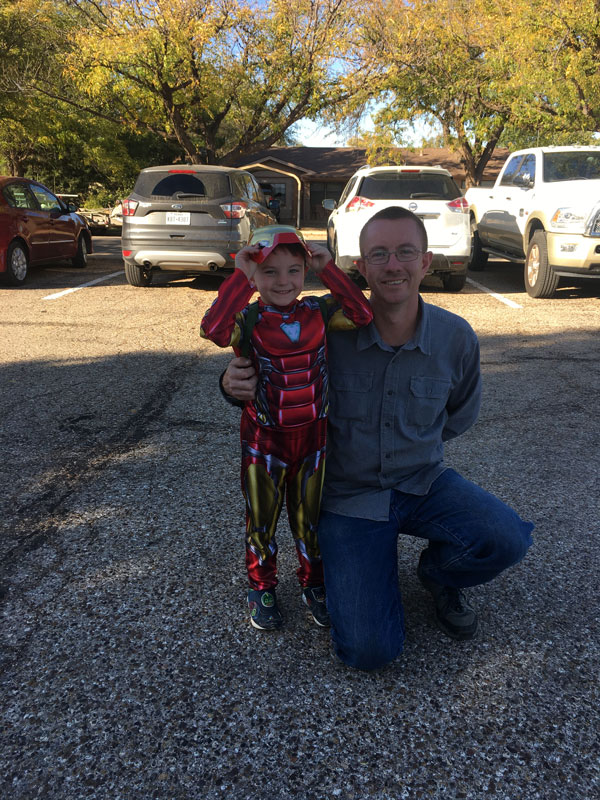 I want to introduce everyone to David Saunders. He, and his wife Katherine have been some of my best friends since I first moved to Lubbock in 2003.

Yesterday David was in a severe car accident while on his way back to Lubbock from Odessa.

“For those who may not know, David was involved in a really bad wreck yesterday. He was coming home from Odessa and was T-boned by a semi truck. Some of the first people on the scene called the office, who then called me.
As I have been with him in the hospital, I have been in AWE that he’s still here. He has a concussion, a fractured sternum, and some cuts on his face and head.
But his truck looks like a giant ripped it apart, leaving the front seats the only thing whole.
Thank you so much for your prayers! We feel them!”

Please, send up prayers for David, Katherine, and their children!