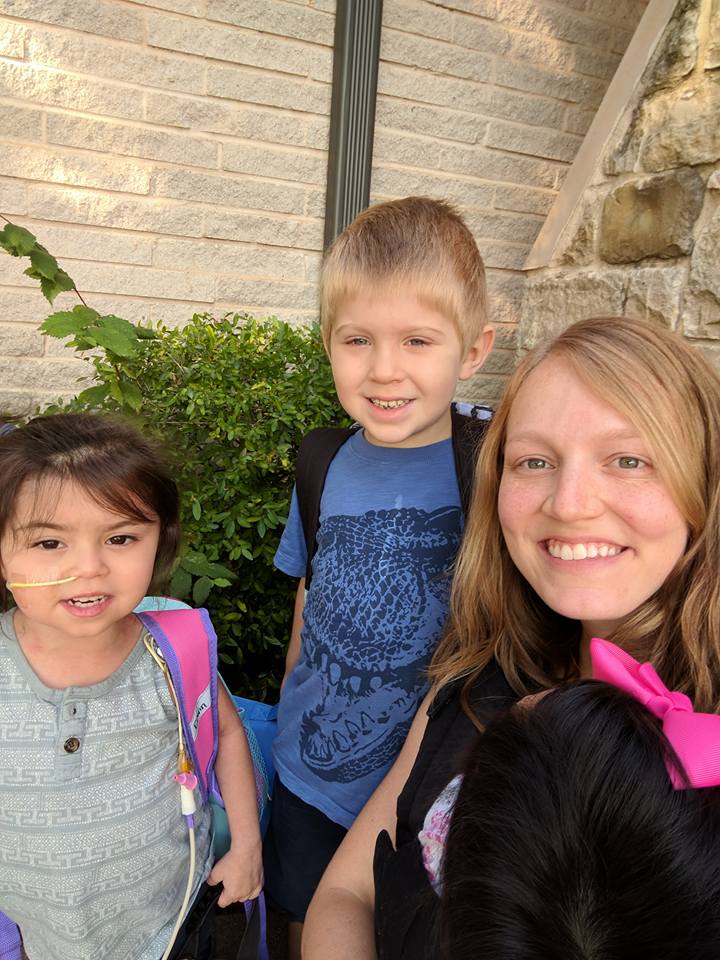 “They did the scope around 1pm today and overall it went well. She does have a lot of varices- some in her esophagus and at the top of her stomach. None were currently bleeding, but they could tell which ones have been. They didn’t try to band them because they tried with another child her size recently and all the tools couldn’t fit down their throat. So the doctor just did sclerotherapy where they inject a medicine into the varices to try to shrink them and hopefully make them go away. They we’re only able to do that to a few varices today because too much of the medicine at once could have major side effects. So the plan is for her to come back about every two weeks to have the same procedure done until they feel like they have it under control.
They placed a new NG tube, but for now still no liquids or food- only IV meds and fluids. As long as everything goes well today and her labs look good tomorrow they will talk about weaning her off the varices med over a couple days and then start working her NG feeds back in to make sure she can tolerate them before going home later on.
Since she’s been listed on the liver transplant list, over a year and a half ago, her PELD score has gotten pretty high, but they’ve been waiting for the perfect liver match since she’s been doing well and stable all along. With some of her varices rupturing they said they may be a little less picky with liver offers. This hospital stay is making it all seem so much more real that we could get a call for a liver at any time!”

Please continue to pray for this sweet family!