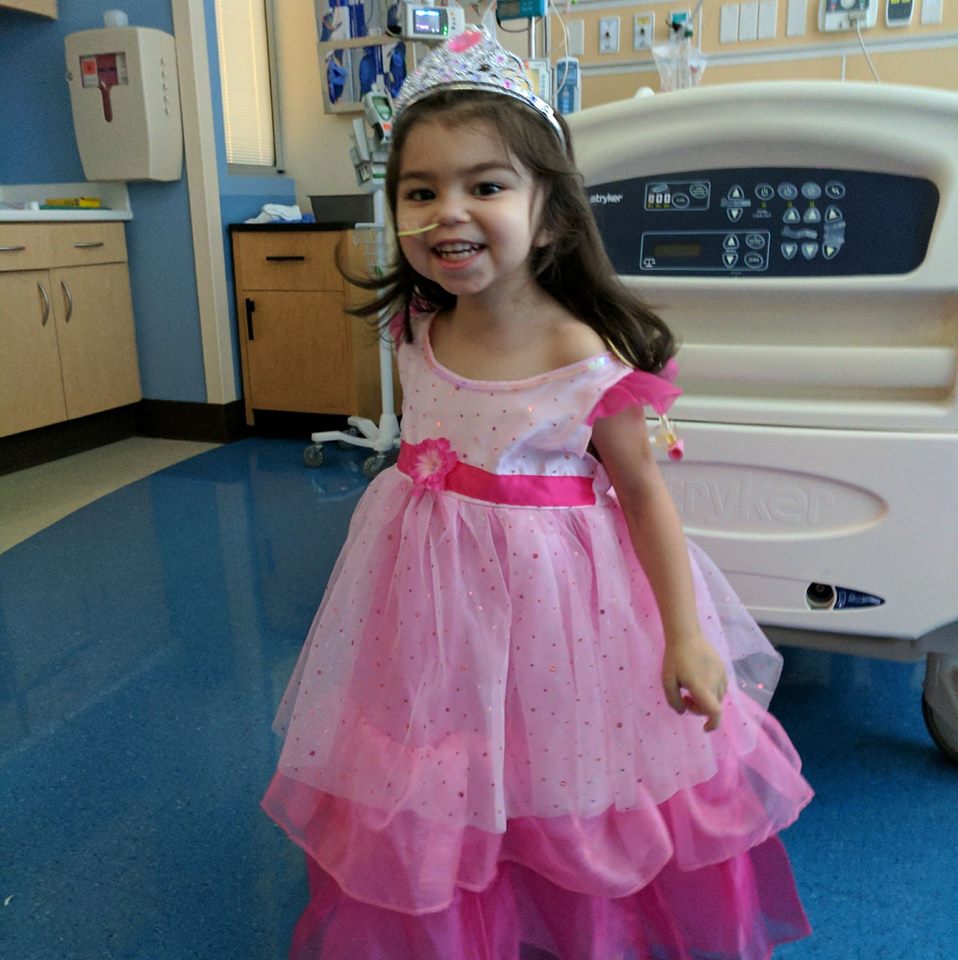 I haven’t mentioned Savana in a while. She has a liver disease called Biliary Atresia. When I first met her the goal was to get her healthy enough to be on the liver donor list. She has been there for some time, but her mother shared this post on facebook early today:

“Earlier this week Savana came down with a virus that sent us to Children’s ER in Dallas. We got to come home that night, but it wasn’t over just yet. After a long week she woke up last night around 1am crying and vomiting blood. We were advised to come to the ER in Dallas again and we’re finally brought back and seen after another major blood vomiting episode. She is currently receiving IV meds to hopefully stop the bleed. We are waiting to be admitted and then we’ll go from there. This is something we’ve been told to expect at any time now with the severity of her liver disease.”

We finally got moved out of the ER and into a room on the GI floor. Her CBC was checked again around lunch and her hemoglobin had dropped since this morning so they are putting blood products on hold for her. They plan to check her CBC again around 5:30pm or 6 and if it’s dropped any lower or maybe even if it’s still the same they’ll do a blood transfusion. She is pale and tired, but her personality is still showing through. They think the bleed hasn’t been stopped yet so they’re upping her medicine a little. They can’t do a scope to find the source right now since the bleed hasn’t stopped. Hoping the medicine can do it’s job so we don’t have to do it another way.
We got her giggling earlier today and it was nice to hear. She doesn’t have her NG tube in right now because it came out this morning.

Savana’s hemoglobin dropped again from 8.4 to 6.8 so we’re about to start a transfusion. It will run for 4 hours and then an hour later they’ll check her numbers again to see if they’ve come up or not.