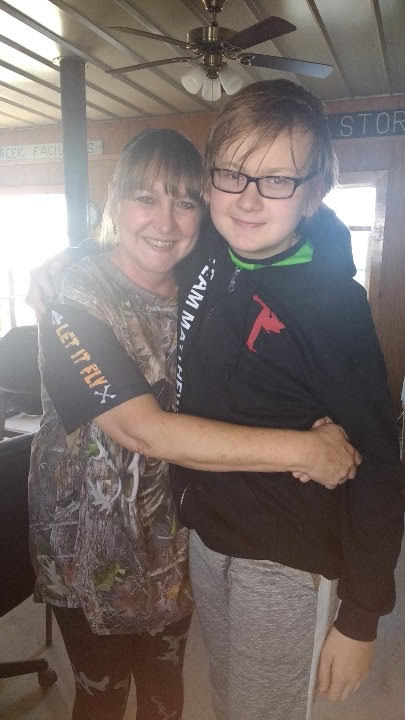 From Christy, his mother:

“Update: So he was done with surgery around 1:30pm it was a little over 5 hrs long. Hes doing good they had to give him 2 units of blood due to blood loss. Everything is functioning normal he’s feeling yucky and miserable but I don’t blame him. There was a moment that his spinel cord was a bit off the charts and messy but towards the end of surgery everything leveled out to normal they had to put him in a mini halo thing during surgery to pull him straight so he has a few shaved spots on his head from pins and he also has a drain bag on him as well. They put staples in him so that will feel yucky for him. He does look straighter than before! They are now monitoring his kidney function I don’t have any numbers right now but I trust the doctors know what there doing. In the morning I’ll have better info and the x-rays. THANK YOU LORD! AND THANK YOU TO EVERYONE FOR THE SUPPORT!! He still has a long rough road head but at least it’s a recovery for a better future